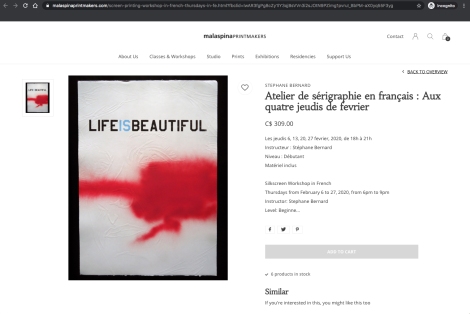 Starting in the fall of 2019, I began teaching a month-long silkscreening class for beginners, geared towards Vancouver’s French community. For those interested in participating, but worried of the mastery of the language, the class can be taught bilingually, or in both official languages, for anyone who’s looking to freshen up their French-speaking skills.

The first class took place starting on the first Thursday of October 2019, and continued until the end of the month. The second installement is slated for Thursdays in February. Registration, and more details on the class, can be found by following this link, or by clicking on the image above. Hope to see you there! 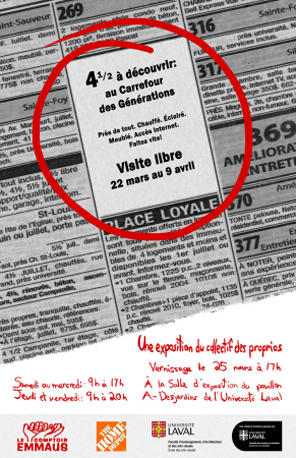